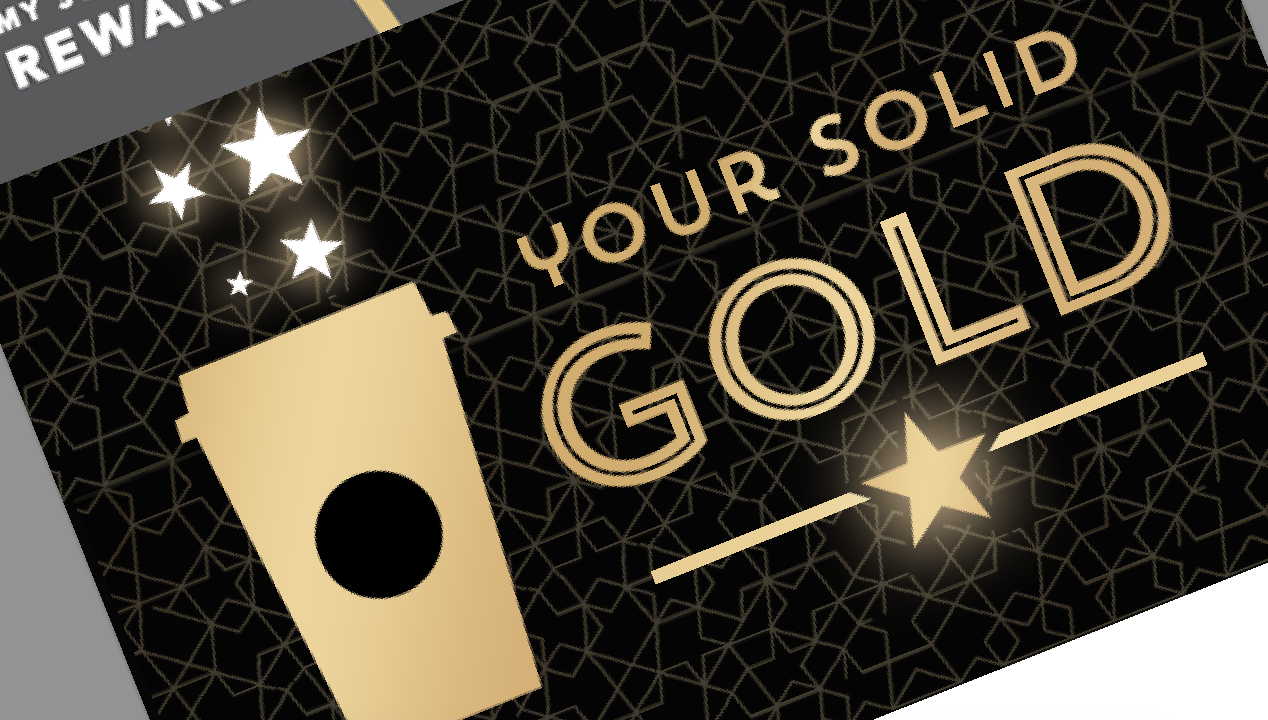 The brief was to create impactful personalised messaging for Starbucks Customer Loyalty scheme. There were 14 versions in all, the introductory ones were either static or slightly animated. The higher the loyalty and reward, the more impactful and animated they became. These were produced in-line with strict brand and campaign guidelines and sent to developers once approved.